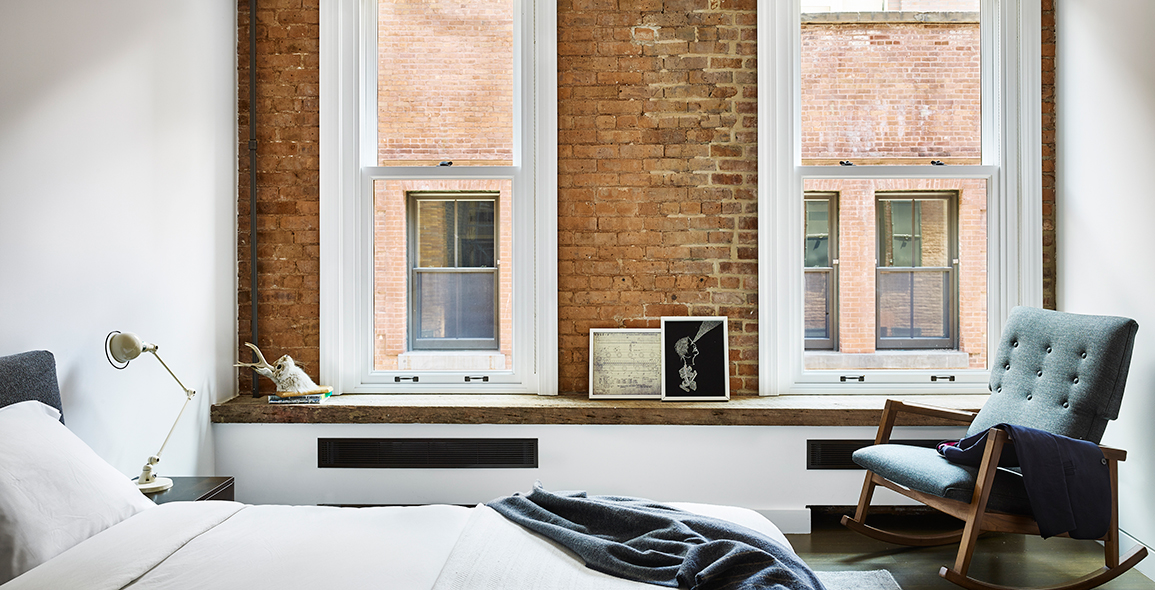 TriBeCa got its name as a portmanteau from “Triangle Below Canal Street”. Located between Broadway and West Street, extending south to Chambers Street, TriBeCa was among the first residential neighbourhoods developed in New York beyond the boundaries of the city during colonial times in the 18th century. The architecture is magnificent. A collection of Neo-Renaissance White Buildings built at the end of the Civil War in 1865, Mayan-inspired Art Deco leitmotifs and Romanesque Revival influences are some of the sensational architecture left over by the founding fathers of the city.

Dominated by former industrial buildings that have been converted into residential buildings, TriBeCa lofts have been hot-spot dwellings for young artists and their families in the late 1960s and 70s due to its vast living space. Today, TriBeCa remains as one of Manhattan’s most fashionable and desirable neighborhoods, well known for its celebrity residents and as the safest district in New York City.

Tucked in 10 Hubert Street, a five-storey Romanesque Revival warehouse in the TriBeCa had recently been given a new lease of life when Eran Chen, principal of multi-disciplinary architecture firm, ODA New York, stepped into the building that has had several dramatically different incarnations throughout its ‘life’. Originally designed by Julius Kastner for a liquor merchant it in 1982, later taken over by a pistachio baron, it was then occupied in recent years by an artist who let it fall derelict.

“This building was actually purchased on eBay, incredibly enough, and has been owned for many years by an impoverish artist who allowed it to fall into complete disrepair,” reveals Chen.

The current owner of this building chose Chen and ODA to redevelop the existing structure as apartments and a storefront, an enterprise that involved restoring the façade, constructing a 1,000 square foot pavilion on the roof (which could not be visible from the street, per requirements by the Landmark Preservation Commission), and combining the pavilion with two original top levels to create a 14,000 square foot triplex in which the owner could live in. 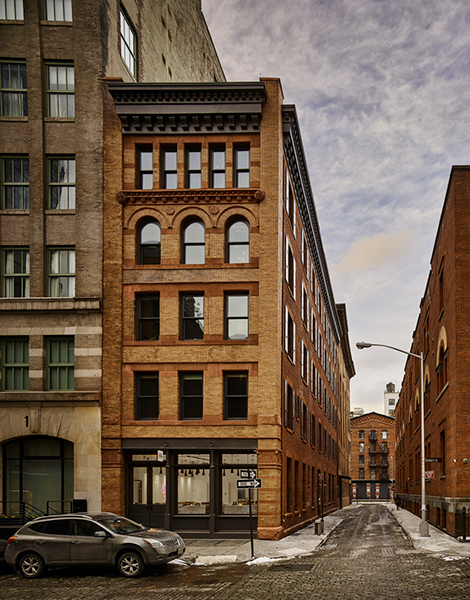 “When we saw the space for the first time, we just couldn’t believe that someone could actually be living there in that state – it looked like a unsettled scene straight out of Les Miserables,” confides the architect.

He shares that it took him a good deal of imagination to realise the building’s potential. When ODA took on the project, the interior brick on the triplex’s lower two floors was intact – though it required patchwork – and the original ceiling beams were reclaimed. Outside, the brick façade has been refurbished and enriched with terracotta and brownstone details. New elements including the steel catwalk that rims the double-volume living area are thoughtfully contextual, hearkening back to the typical 19th century cast iron architecture that once thrived in the area. 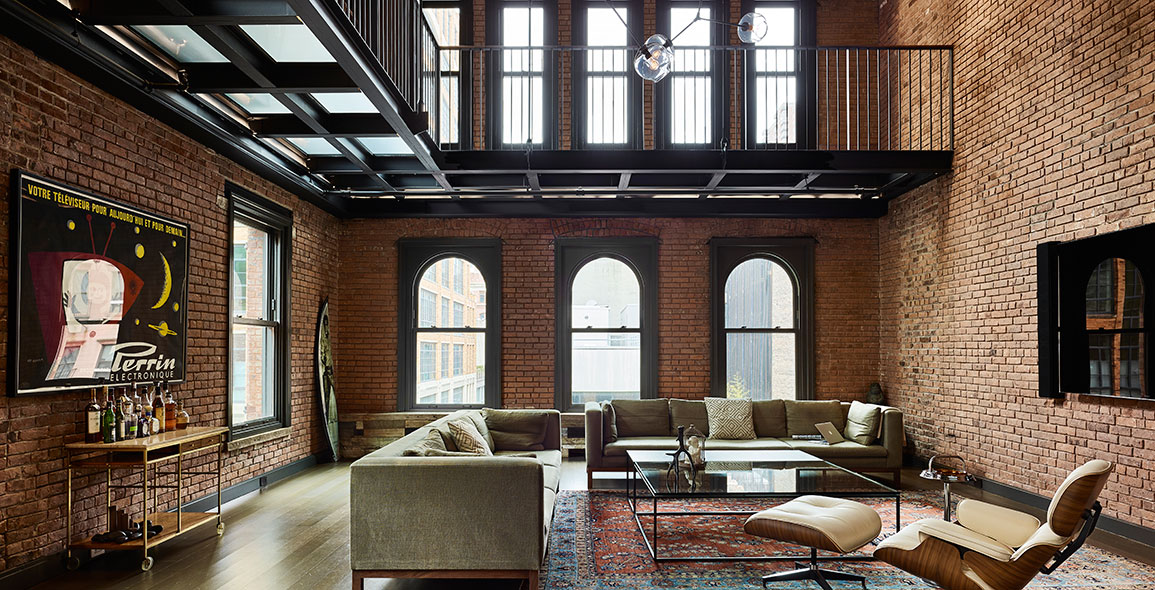 Internally, the living space surrounded by facing bricks is presented in an understated yet rugged charm. The play of hard structure with soft lighting works beautifully to complement the nature of the place that is rich in underlying history. The shelving along the steel catwalk adds on a classic touch of a gentleman’s abode. Combining wood and steel together, both existing and new, creates a rustic allure to this home.

Moving towards the lofty parts of the building, the colour palette is lighter and brighter with white nuances contrasting the recycled wood and steel structures. The architect is generous with the amount of sunlight permeating into the space. A sense of lightness and airy sensation makes the living and bedroom area highly desirable and admirable. Statement artworks punctuate the monotony of the space with some colour and aesthetics. 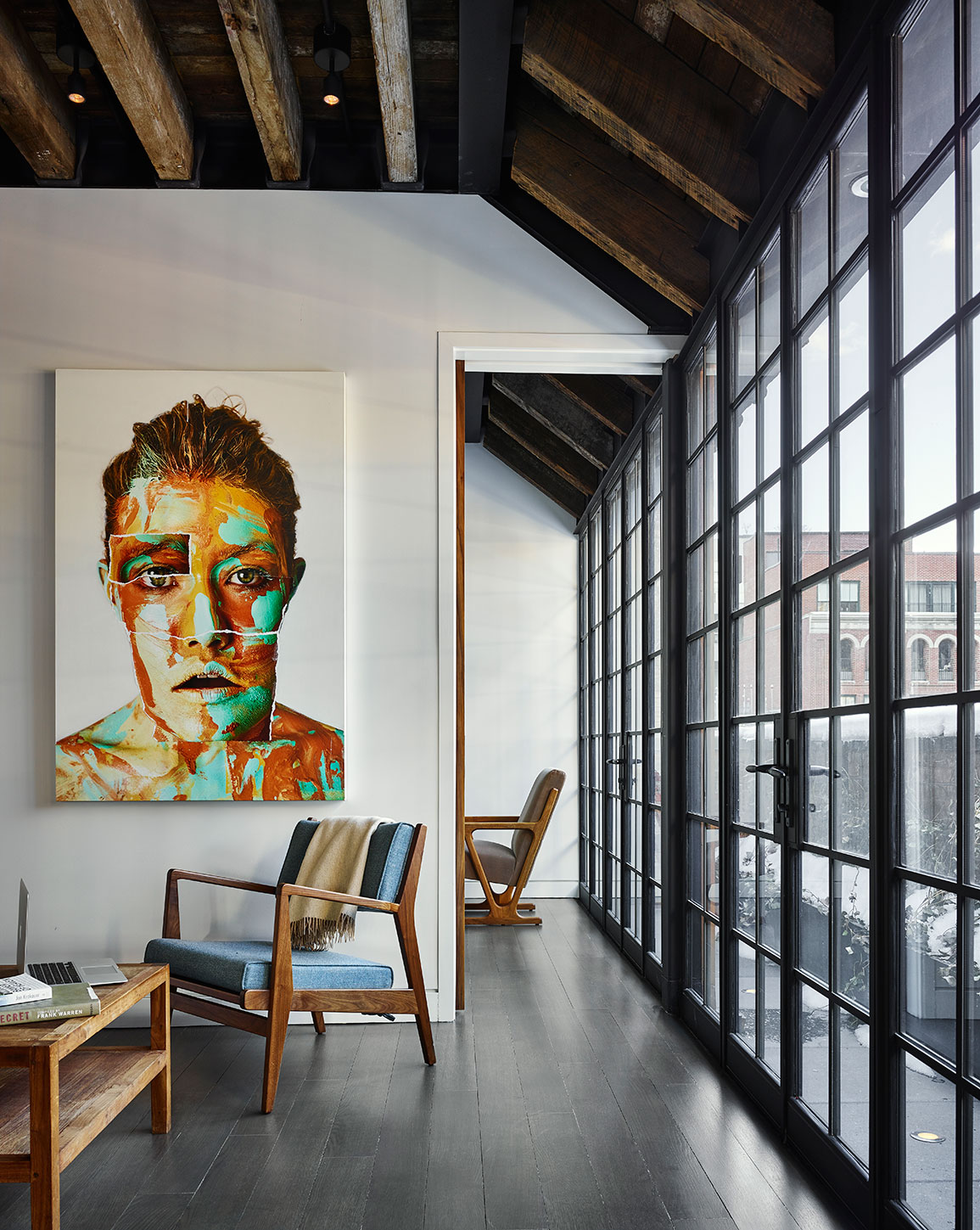 Aesthetically, the space is deliberately restrained in colour and finishes. Doors and window frames are painted light grey while bathrooms are covered in grey and white slabs of French marble. The kitchen appears simple in dark maple-veneered cabinetry against a slightly greyish wall. But when one looks at the entire building in entirety, there is a notion of quiet confidence from the subtle use of materials and strong masculine structural lines.

Moving higher, a wall of folding glass doors opens the top floor entertaining space to the terrace – the architect’s favourite corner of 10 Hubert Street.  The outdoor terrace provides an unobstructed skyline of the city, perfect for all sorts of occasions with friends and loved ones. The perimeters are dotted with verdant foliage in shades of green and purple. On its own, the green versus the concrete jungle lands a clever contrast from this side of the home.

“The rooftop addition was quite an accomplishment. We had to demonstrate to the Landmarks Commission that it would not be visible from the street—so, in an effort to ensure it’s invisibility while maximising its size, we opted to use a very unique roofline reminiscent of the mechanical penthouse structures that are so common in TriBeCa. This pragmatic solution matched the buildings historic context, and became one of the most striking spaces in the home,” Chen expresses with pride.

There is a great deal of inherent beauty in laying the old and the new. Chen truly believes that marrying different layers of history engenders better architecture. 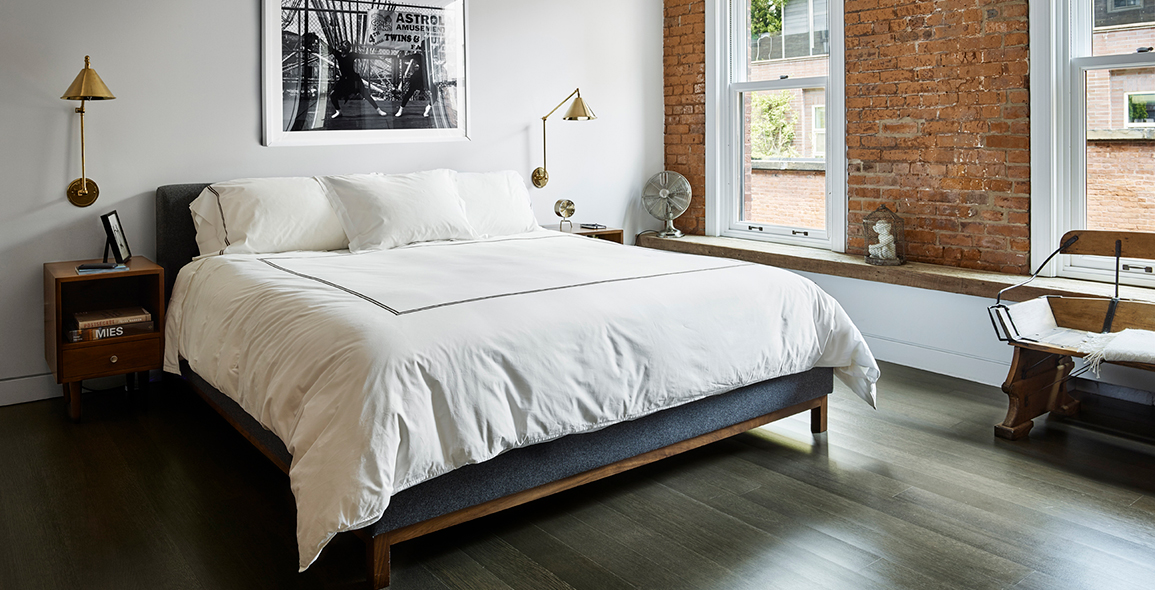 “Adaptive reuse is not simply historical preservation. It is using an old narrative, which is connected to a certain time and place, as inspiration for new design that is both authentic and contextual. At a time when every new building in the world looks like the other, these two virtues are super important,” expresses Chen.

On hindsight, the struggling artist may suddenly become rich from the sale of the building, but at least this amazing historic architecture is now restored to its former glory with a modern perspective. 10 Hubert summarises as a restored and conserved piece of architecture, with an unobtrusive new connection to exterior urban living.