Designed by award-winning practice SPARK, the residences are eye-catching for their serpentine silhouette. 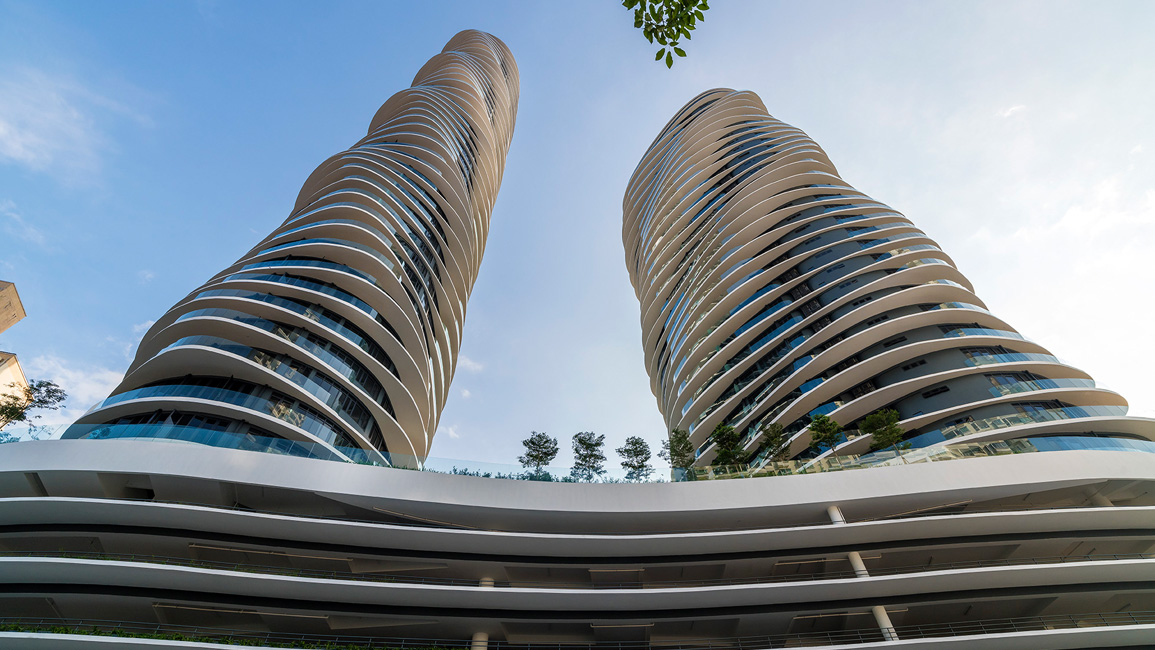 What is seldom pictured though are the high-density developments that in recent years have emerged along the island’s waterfronts and thoroughfares.

The shoebox architecture for the masses is by and large unmemorable, which makes this one project a real standout – an exclamation mark within the low-key suburbs of Bukit Gambier.

It is called the Arte S.

What immediately catches the eye are their silhouettes: serpentine white against the blue sky and green inclines, theirs are 50- and 32-storeys respectively of shifting layers of terraces and shading fins or brise-soleil, inspired by the hillside topography and surrounding terrain.

“The site’s dynamic location (near the base of Gambir Hill) deserved an ambitious design solution,” explains Stephen Pimbley, a director at SPARK.

“We wanted to maximise its value, and attract purchasers away from Penang’s typical waterfront and George Town-located condos.”

“Developers throughout Asia [prefer] rectangular plans ostensibly because they are cheap to build, with a high net-to-gross ratio,” Pimbley elaborates.

“Buyers, likewise, prefer rectangular plans because these are relatively simple to plan. And agents like to offload units as quickly as possible. It’s a vicious circle with very little invention.

“Thomas Chan, managing director of Nusmetro, had a eureka moment. He was determined to do things a little differently from his competitors.”

The elevated pods of the taller tower house a Jacuzzi and events space.

The elevated pods of the taller tower house a Jacuzzi and events space.

The flowing lines of the exterior are carried into the interiors via sculpted walls and ceilings.

Connecting the tower bases is a sinuous, terraced podium with a cascade of pools and landscaping topped by an amorphous fitness centre.

The elliptical extrusions of the towers are straightforward enough. Yet when augmented by wave-like brise-soleil at every floor level, each rotated by a subtle nine degrees, they acquire a pronounced twisting effect that is exaggerated by the towers’ immense height.

That torsional play, and its imbued sense of inertia, unequivocally communicate an element of high design.

Behind the elliptical façades, the apartment units – some of which have been converted into a hotel within the same project – offer flexible future-proofed interiors free of columns and beams, bespoke spaces that are aligned to spectacular views of the surroundings.

To read the full story, purchase and download a digital copy of d+a's Issue 108 (February/March 2019) from Magzter. 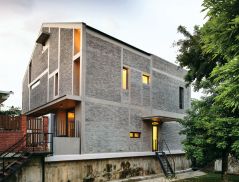 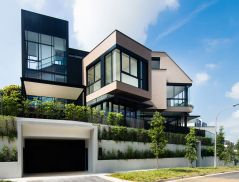 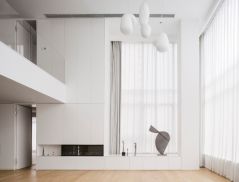 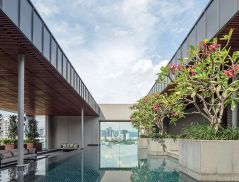