Fondation d’entreprise Hermès presents an exhibition which journeys through the chronicles of Bauhaus from a school to a revolutionary movement. 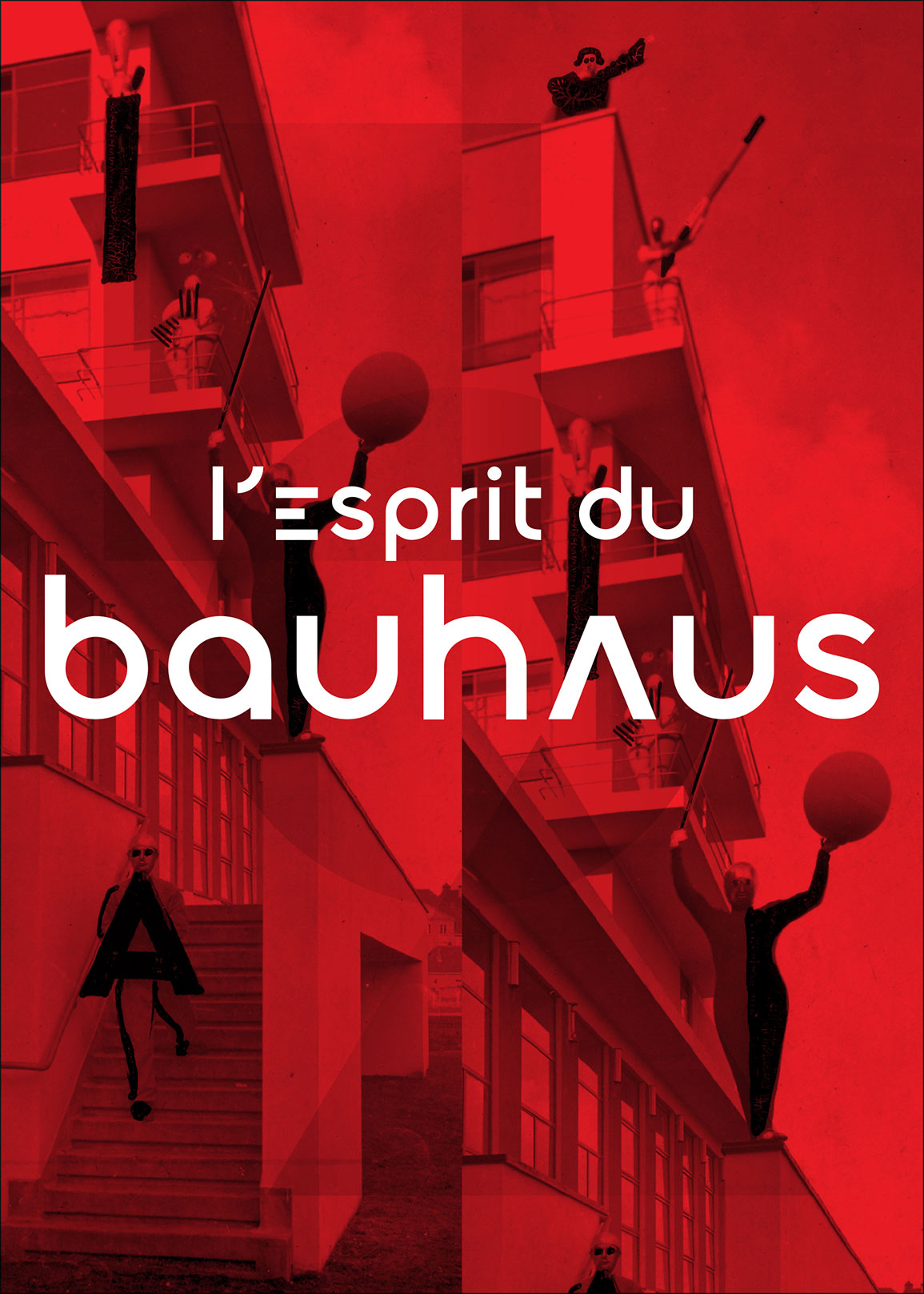 “Architects, sculptors, painters, we all must return to the crafts,” the architect Walter Gropius wrote in his Bauhaus manifesto. Founded in 1919 in Weimar and forced under Nazi pressure to close in Berlin in 1933, the Bauhaus was an art school that established itself as a major influence on 20th-century art. It was created by Gropius to improve our habitat and architecture through a synthesis of the arts, crafts and industry.

The Musée des Arts Décoratifs pays tribute to the Bauhaus in this exhibition featuring more than nine hundred works – objects, furniture, textiles, drawings, models, paintings – all placed in the context of the school and illustrating the extraordinary wealth of its experimentation in all fields.

“The ultimate aim of all visual arts is the complete building,” proclaimed Gropius in the introduction of the Bauhaus Manifesto. The school’s collective ambition was to produce affordable, practical and beautiful objects, as well as fully equipped buildings, by encouraging collaboration among artists, craftsmen and the industry. 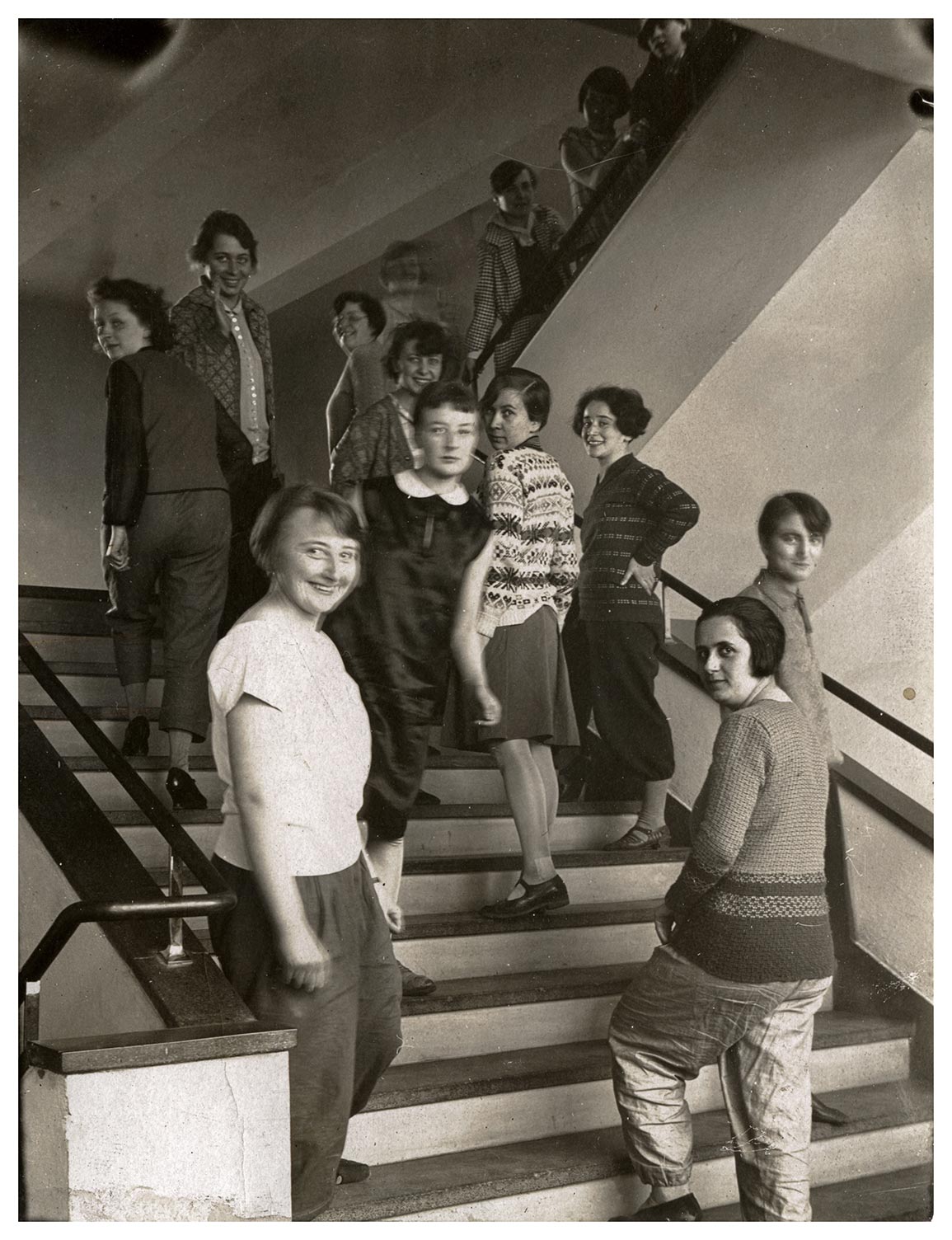 Gropius positioned architecture at the centre of his pegagogical model as the final goal for the different art practices taught in the school. The pedagogical program at the Bauhaus began with a preliminary course that offered a common foundation to the students. After this course, they chose the workshop in which they would pursue their training, under the direction of a Master of Form – an artist who taught general aesthetic principles – and a Master of Craft – a technical expert. At the end of their studies, apprentices had to pass an exam to become journeymen, and eventually received a diploma from the Bauhaus.

The exhibition begins by showing the historic context and sources that brought the Bauhaus into existence, then takes us through all the stages of the student curriculum in its various workshops from 1919 to 1933: including furniture, ceramics, metal, stained glass, mural painting, weaving, typography, advertising and photography. 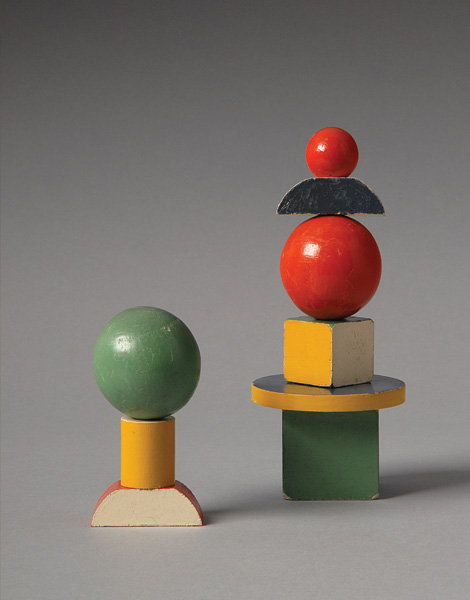 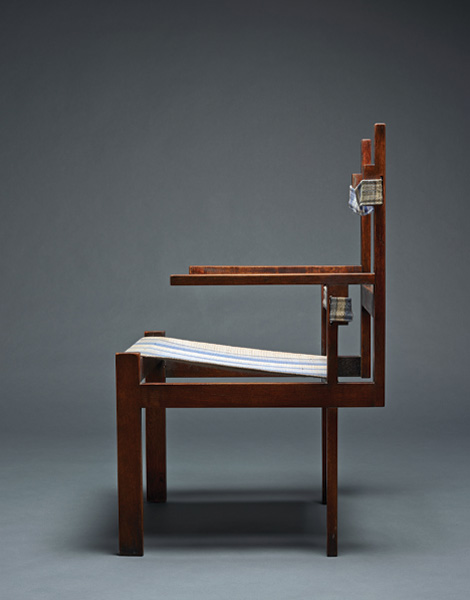 Like a Bauhaus student, the visitor follows all the stages of the Bauhaus teaching program, from the preliminary course, designed to break down academic ideas and open the student’s mind, to working in the various specialised workshops. For four years, the students followed a both practical and theoretical curriculum. Avant-garde artists and artisans taught and supervised the workshops. These include prominent figures like Paul Klee, Wassily Kandisky, Marianne Brandt and Walter Peterhans.

It was all this wide-ranging experimentation, in conjunction with works by the teachers, that forged the open-mindedness of the Bauhaus, which embraced expressionism, folklore and popular parts, the primal arts, Dada and photomontage, De Stijl, constructivism and functionalism.

After 1933, many members of the Bauhaus emigrated to foreign countries, passing on their knowledge to their students and colleagues and thus widening the Bauhaus’s sphere of influence. The school’s pedagogical methods, considered revolutionary in its early days, are now the foundation of art education. In 1938, New York’s MoMA organised an exhibition on the Bauhaus. After 1945, the school’s legacy met with mixed fortune.

While the Bauhaus was seen at first as an example of antifascist resistance and a tool for reconstruction, it was rejected by the communist ideology in the 1950’s. In the west, its partisans erased its references to socialism in order to turn it into a symbol of international modernity. Despite the many interpretations and a growing number of commemorative projects, that is the creations of the former Bauhaus members that keep the spirit of the Bauhaus alive. 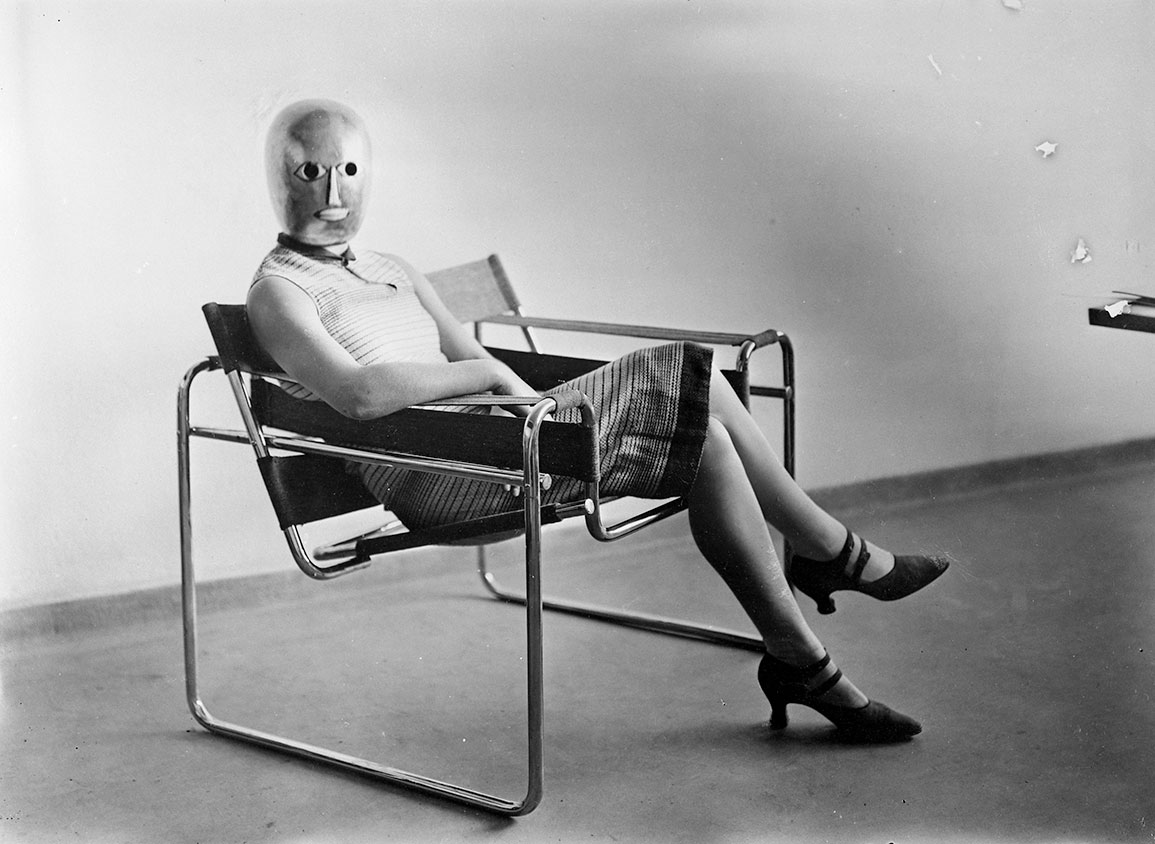 Bauhaus is a vibrant space at the crossroads of the arts, artisanship and industry. It has established itself as an essential reference point in the cultural history of the 20th century.

“As a driver of innovation, the Bauhaus has bequeathed a vast corpus that remains as influential in the contemporary creative arts, as it was in its heyday. Presented at the Paris headquarters of the Arts décoratifs, ‘The Bauhaus Spirit’ is France’s first exhibition devoted to the iconic school since 1969. The show takes an original approach, based on new research and with a focus on the Bauhaus workshops’ emphasis on cross-disciplinary work, creativity, skills transmission and artisan expertise,” shares Catherine Tsekenis, Director of Fondation d’enterprise Hermes. 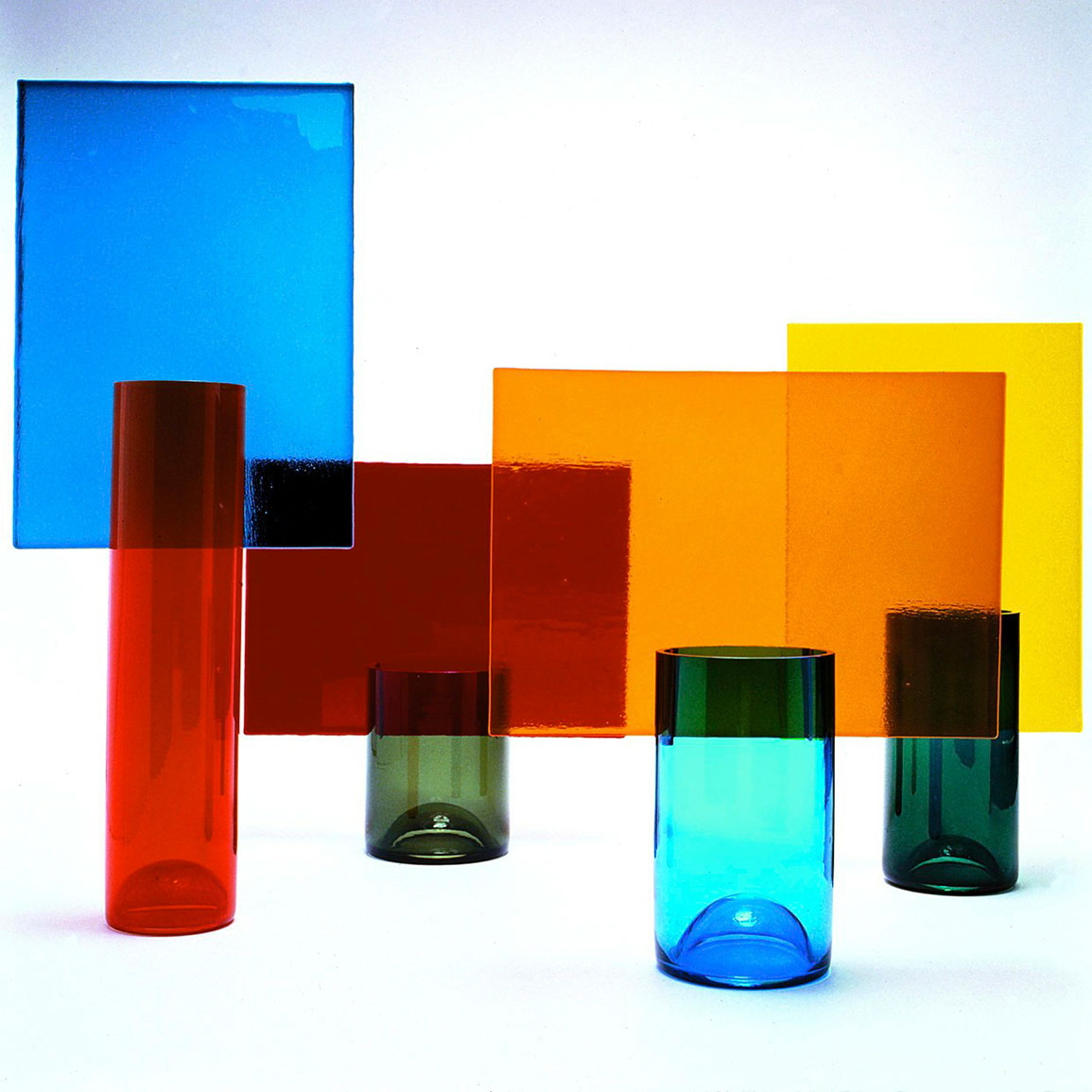 The Fondation d’entreprise Hermès is delighted to support ‘The Bauhaus Spirit’, reinforcing their loyal support of the Arts décoratifs over a number of years. Two years after co-producing the exhibition ‘Simple Forms’ with the Centre Pompidou-metz in 2014, the Foundation is pleased to be partnering a second major project at a leading cultural institution.

Tsekenis elaborates, “The exhibition’s emphasis on the importance of skills transmission and creativity echoes the Foundation’s commitment to support artists and new creative projects. The Bauhaus spirit was rooted in a cross-disciplinary approach, promoting collaboration and knowledge-sharing between artists and artisans, with a determination to explore new creative forms – the same values that have underpinned the work of the Fondation d’entreprise Hermès, since its inception in 2008.”

The exhibition ends with a contemporary section that focuses on a generation of artists that were not students of the school. The Musée des Arts Décoratifs invited major French artist Mathieu Mercier to highlight the works of contemporary artists, designers and fashion designers, demonstrating the durability and vitality of the Bauhaus spirit. 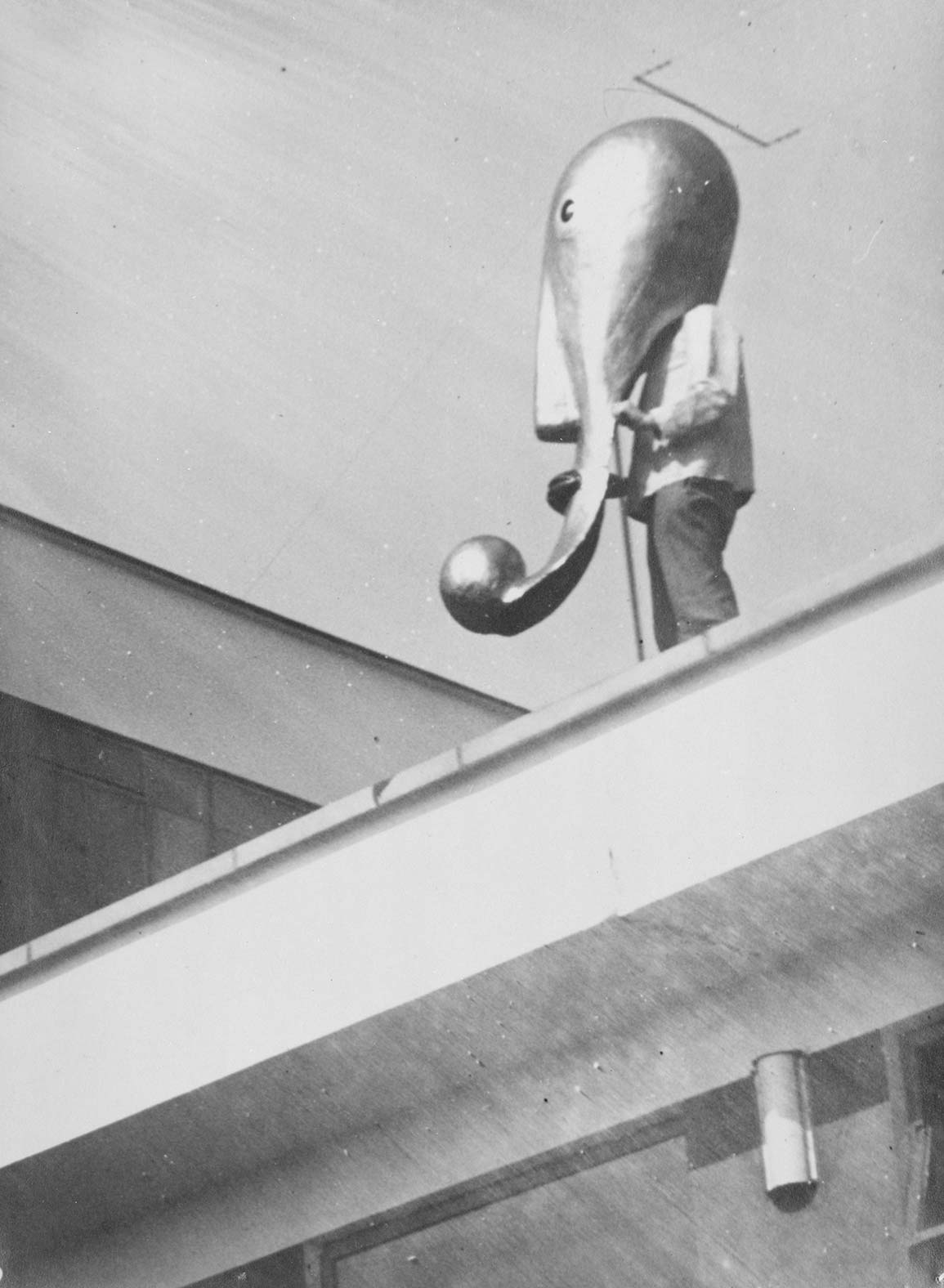 Born for the most part after 1960, each of these creators is represented by one or a series of works, objects or garments arranged openly within an ensemble that suggests a collective workshop. While the references to the Bauhaus sometimes appear in the form of quotations, they might also be embodied in other ways within everyday objects related to art and design.