With its sculptural, organic form and green public pathways, the residential and retail complex brings new life to Colombes 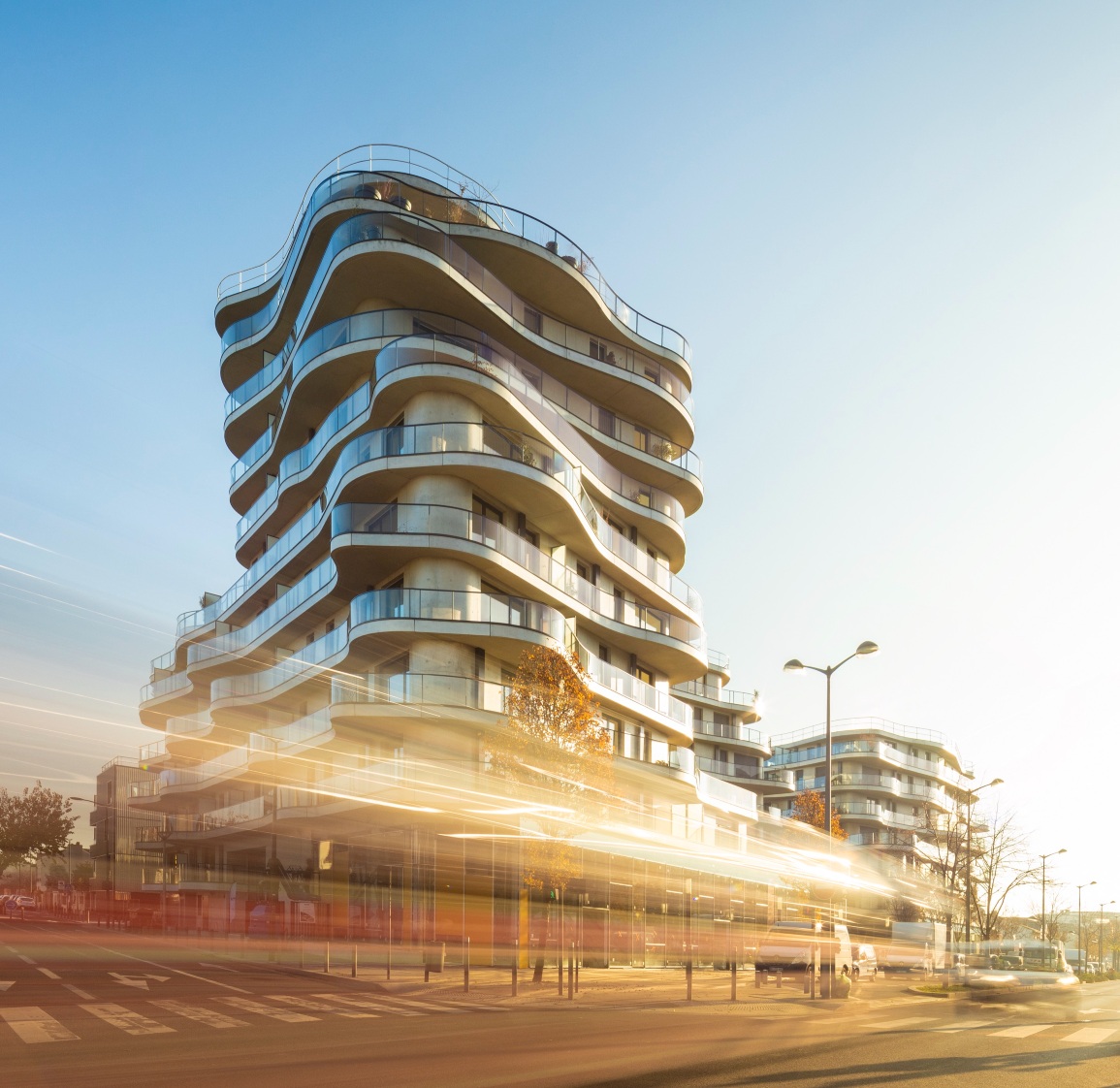 It stands in the ZAC Charles de Gaulle, an urban renewal project in Colombes, a commune in the north-western suburbs of the French capital.

The building is a good example of how contemporary, organic architecture can make suburban, residential neighbourhoods more engaging and vibrant.

The area around ZAC Charles de Gaulle is home to different types of bungalows and apartment blocks dating from the 1980s to 1990s, lending it an eclectic architectural identity.

Located close to the business district of La Défense, Colombe, which now has a new tram stop, is poised for economic and population growth.

As one of the newest projects to rise up there, Courbes is a mixed-use complex composed of two buildings linked by a singular podium on the ground floor.

This podium level contains large, double-height retail spaces. Above it are 134 apartment units with each containing an average of 22m2 of outdoor area.

“Though situated in the second ring of a Paris suburb, the apartments benefits from quality interior spaces, illustrated in particular by the choice of solid oak parquet floors for all the rooms in the building as well as the common areas,” says Rousselle.

“The southern edge of the property is treated like a ship’s prow overlooking the outside.

“The apartments enjoy large, full-height windows and broad, south-facing terraces that offer unobstructed view of the district of La Défense.” 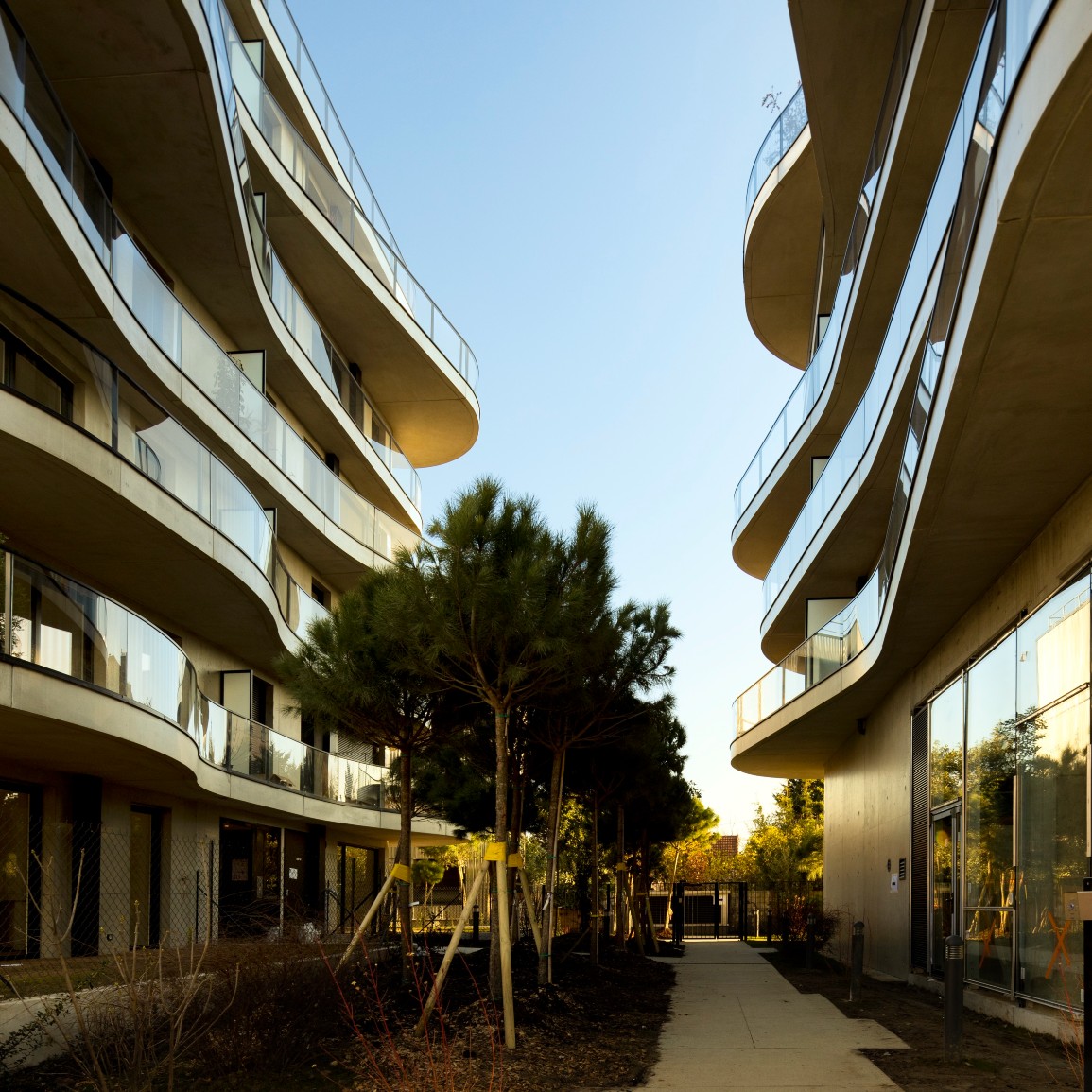 Paths set around and in the spaces between the two buildings serve as pedestrian walkways.

Lined with more than 30 parasol pines, they open Courbes up, helping the complex to better connect with the wider neighbourhood.

The apartments are set vertically, with interlocking volumes that give the exterior a striated aesthetic.

Setbacks on every floor create interesting variations in the project’s height envelope and floor plan, and provide the building with rich volumes that blend well with the project’s suburban context.

Rousselle says his design for the project was guided by his desire to use the suppleness of the interlocking volumes to “restore the notion of alignment to the boulevard, while bestowing visual lightness to its upper floors”. 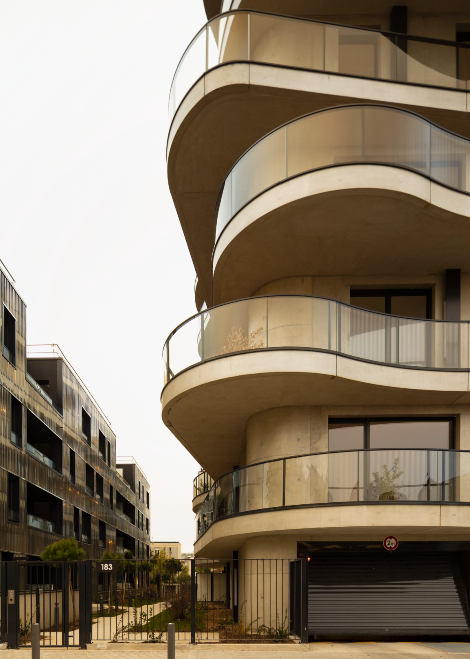 According to him, the building signals the entrance to the town, with the moulded volumes giving each apartment its own unique character.

“The aim was to densify the area, [and respect] the comfort of all the units at the same time.

“Each floor has been designed in accordance to its specific location, while complying with the orientation, the neighbouring structures, and the volumes of the floors above and below.

“The massive appearance of the building is mitigated by the presence of balconies – between reflection and transparency – offering open sky exterior spaces,” says Rousselle. 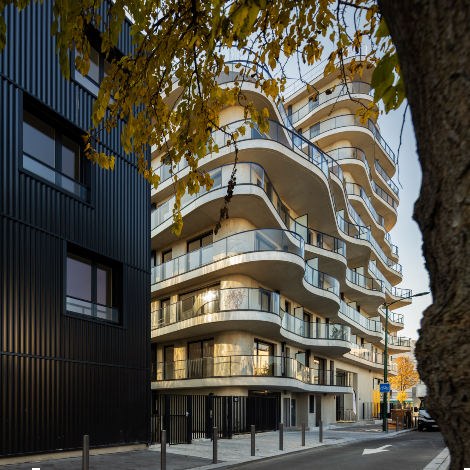 The façade of Courbes is clad in shiny, annealed stainless steel. This reflective material amplifies the green spaces surrounding the buildings and indoor lighting that emanates from within the residences and shops.

More than two kilometres of curved glazing were used for the windows and balconies.

“The technical challenge was to be able to make a project with randomly designed curves with only five different radii to reduce the implementation costs but still obtain more than two kilometres of balcony tape.

“The goal of the project was to ensure that all apartments, even those on the lower floors, have exceptional views thanks to generous terraces.

“The most important challenge for us was to have met the requirements of the technical cost, while at the same time offer an average of more than 22m2 of exterior space per apartment,” says Rouselle. 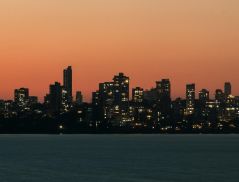 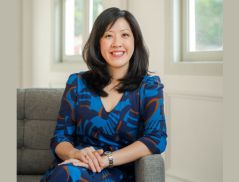 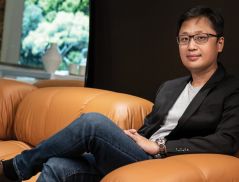 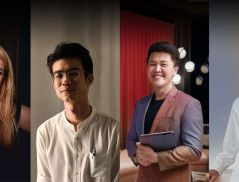 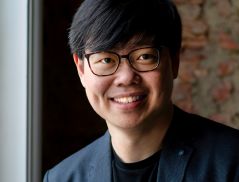 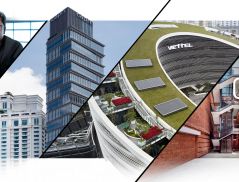 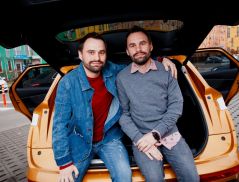