Colours burst into life at the Ivanhoe Grammar School in Melbourne, Victoria, thanks to the beautiful design of McBride Charles Ryan. 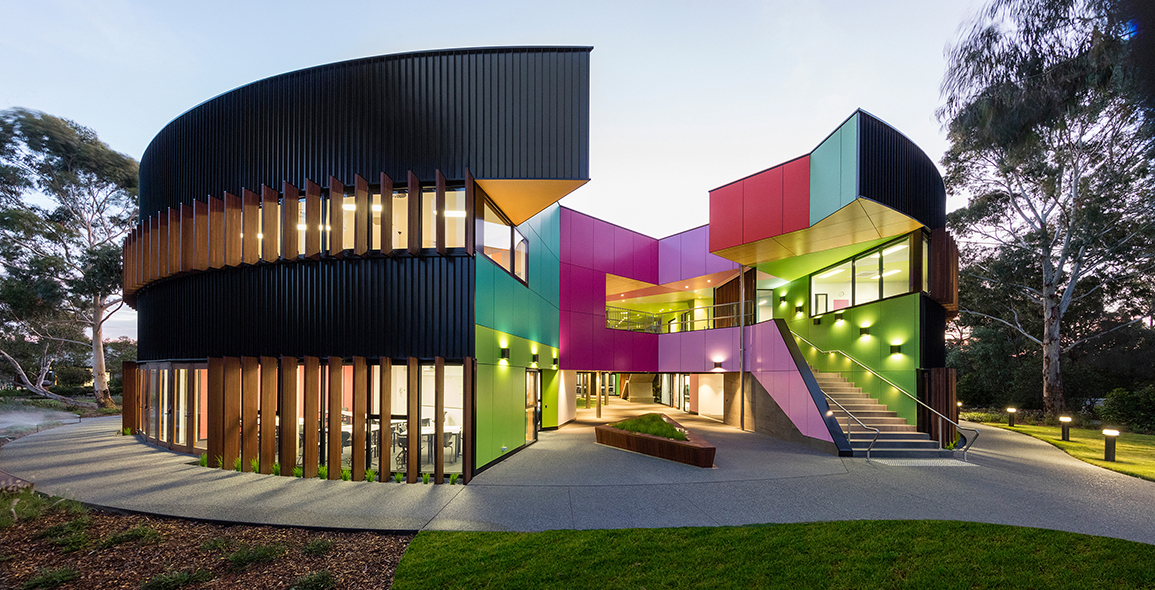 It is a feast of colours at the Melbourne’s Ivanhoe Grammar Senior Years and Science Centre. The circular exterior may look conservative where dark timber fins surround the building, but from the main entrance, an astounding revelation of bright colours awaits at its centre.

Ivanhoe Grammar School moved to its current site in 1920. The co-educational school was located in a rural area dotted with gorgeous red river gums. Although suburbanization starts to dominate the surrounding, the school still preserves the characteristic of an Australian native landscape in its campus.

Australian architecture firm McBride Charles Ryan had designed the new Ivanhoe Grammar Senior Years and Science Center which epitomizes the way the school imparts its values of a classical yet well-rounded approach to learning, encompassed with creative artistic imaginations.

McBride Charles Ryan also won the WAN Colour in Architecture Award 2016 because of the   impressive utilisation of colour as the core component for the design of this school. 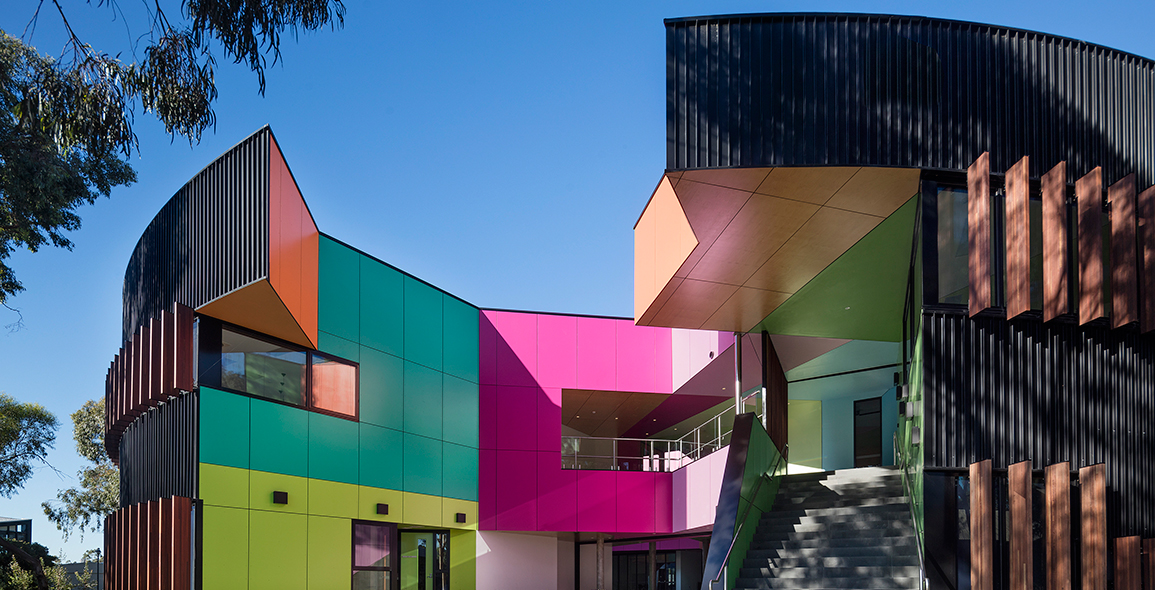 From the opposite corner, black fins circulate the circular building, unassuming of the burst of vibrant colours

The main features connect the learning spaces to the exterior surroundings. The original masterplan of the circular shaped plan was transformed with an overlay of angular geometry which defines the central courtyards, the light wells and the collage of learning spaces. 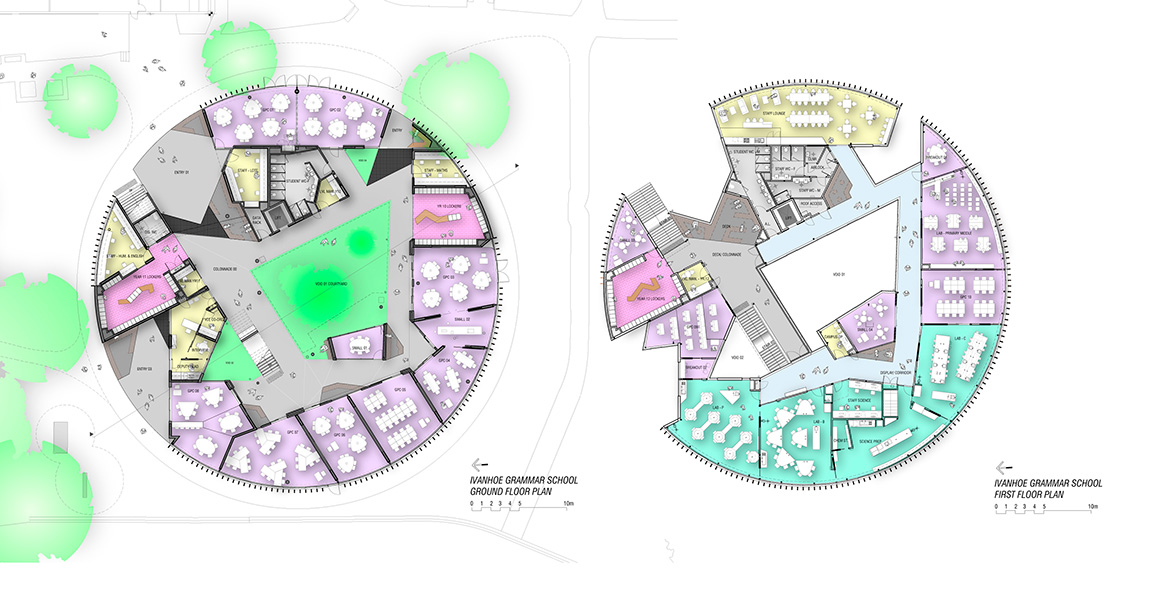 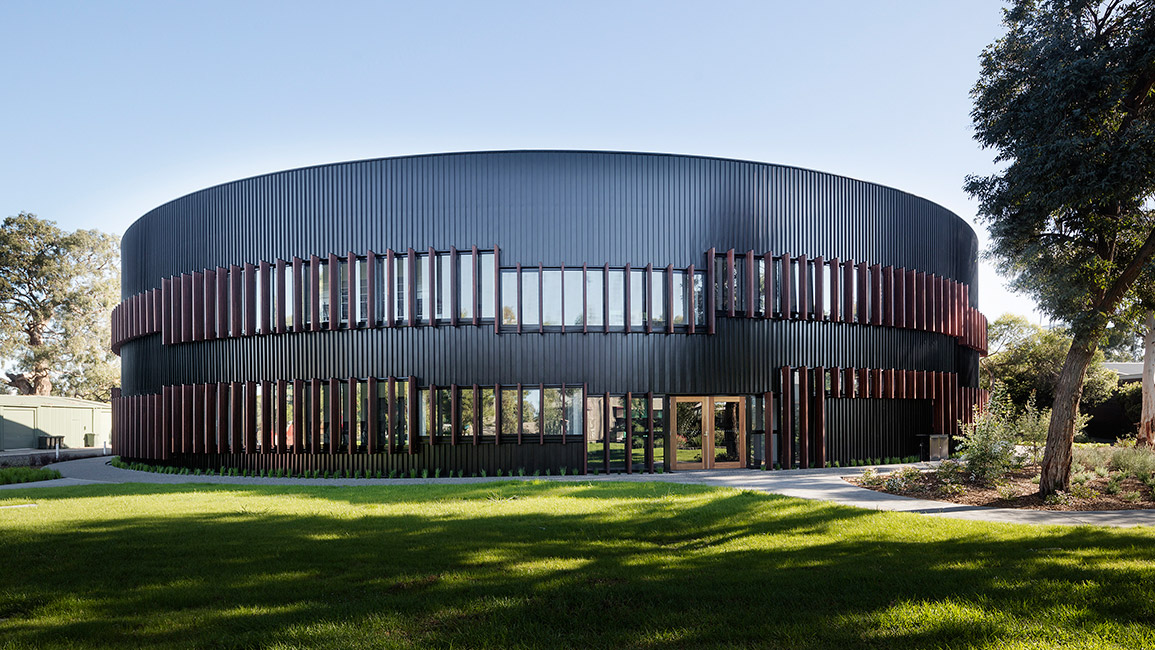 The architecture is configured in the most unexpected way. Commanding a strong yet understated presence, the black steel framed exterior surfaces with rhythmic fins reflect the surrounding neighbourhood; creating a harmonious connection between the existing building and the environment.

In its most complex and expressive state, the main entrance takes visitors to a whole new journey with a blend of shocking pink, apple green, turquoise and orange; colour-blocked. The zigzag of building orientations including its separate design elements are all put together in a very playful manner. Offsets from negative spaces give shape to planters while seating spaces are put designed to complement the criss-cross puzzle-like layout plan.

The central courtyard is truly an inviting space to simply ‘break-away’ from the monotony of classroom-learning. Surrounded by colourful ‘blocks’, the grass patch dotted with colourful seats is considered a happy place for students. The voids within the internal space also create sufficient positive and negative areas to allow the premise to build its visual impact. The spatial quality is clearly defined with unexpected extrusions and recessed walls.

As one walks away into the classrooms and science labs, the colours dissolve into muted tones and slowly to white. The lab for instance is entirely in crisp white with a tiny hint of subtle tones from the exterior fins; visible from the peripheral windows.

The contrast so evident in this building’s language encapsulates the contemporary pedagogical approaches for a well-rounded education. The classic circular form represents the order and certainty of knowledge, while the building’s expressive and complex inner world represents the uncertainty of modern life and scientific understanding, and the necessity of wonder and imagination to see us through. 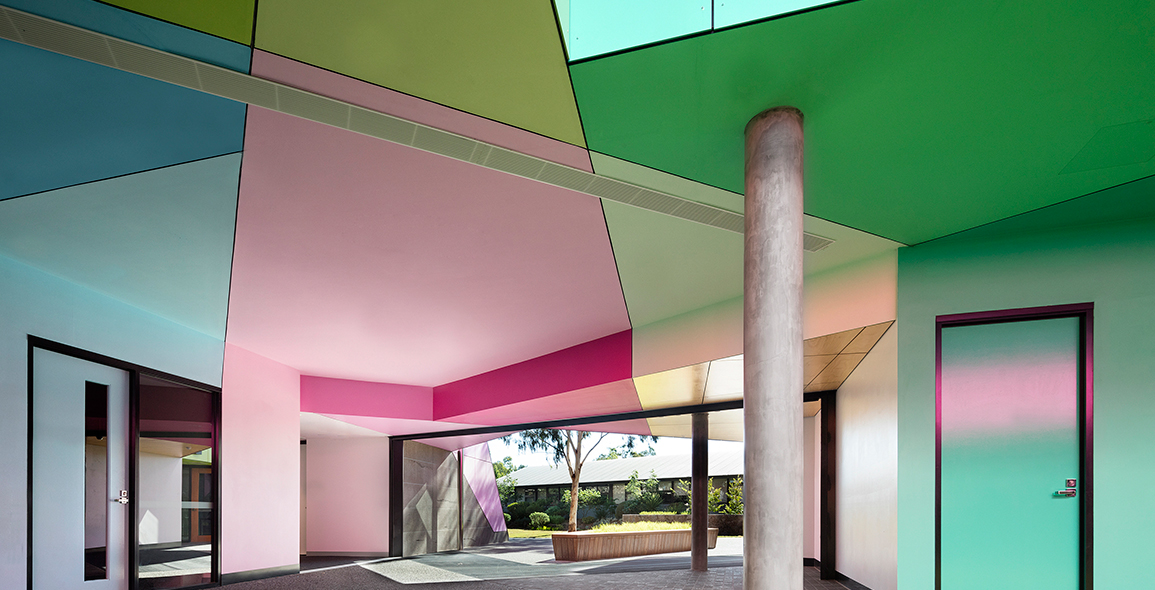 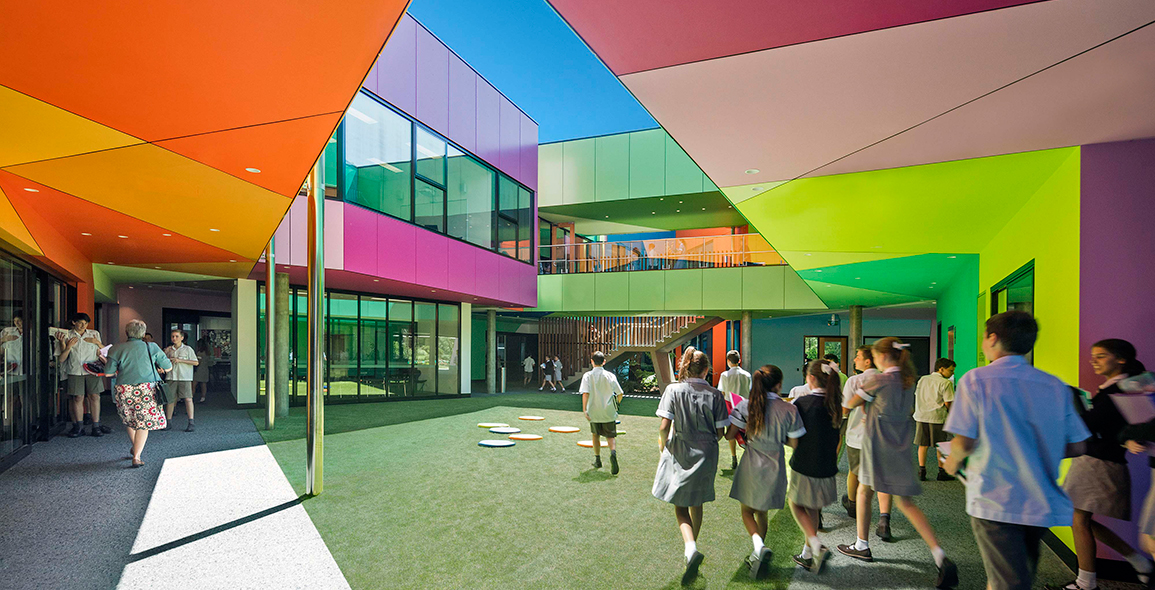 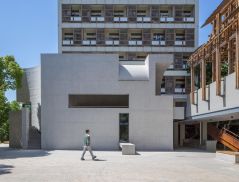 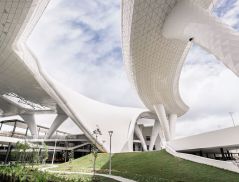 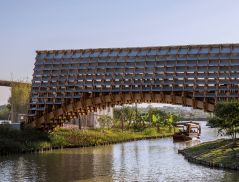 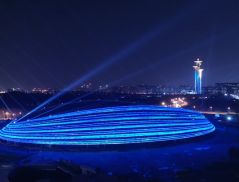 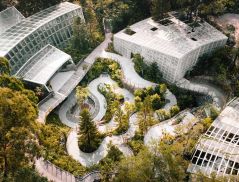 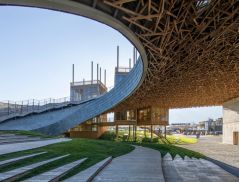 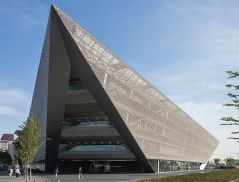